On January 1, 2022, Jessamy Doman has joined the BantuFirst team as a post-doctoral researcher in African environmental archaeology. Her research will focus on reconstructing the diets and environments of the first Bantu-speakers south of the equatorial rainforest. She obtained her PhD from the Department of Anthropology, Yale University, in 2017. She led several expeditions in Kenya with the Baringo Palaeontological Research Project (BPRP), resulting in a new understanding of the environmental context of early human evolution and developing novel methods in palaeoecological reconstruction, including analysis of a late Miocene fossilized forest, as well as isotopic and skeletal indicators of dietary preference within the associated faunal communities. Her past research projects include Miocene-Pliocene faunal and human evolution in Africa and its climatic backdrop; extinction and replacement across the Cretaceous-Paleogene boundary; social and environmental transitions in Holocene West Africa as evidenced by archaeological faunal assemblages; repatriation of Native American artifacts and remains under the Native American Graves and Repatriation Act; and the use of natural history collections in the study of climate change patterns. 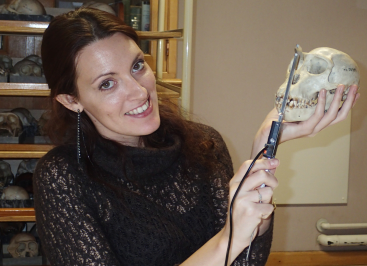